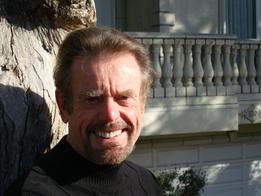 You may even remember him introducing your favorite hit record.

​A fifty plus year veteran of voiceovers and radio, Neil Ross tells the inspiring story of how he was “chosen by,” and rose to the top of two exciting and highly competitive professions.

Neil is available for signings.